Detroit, Michigan, USA. The former central train station buildt in 1912. Detroit used to be refered to as "the Paris of the mid-west" well known for it's architecture. Most of it is now abbandoned and dangerous to enter due to the bad state of the structures. The state of Michigan once was concidered a promised land, in the era of the american automobile industry adventure. Due to the financial crisis, the state is on the brink of economic and social colapse. Fifty years ago, the city of Detroit was home of two million residents. In 2012 only 700.000 residents remain, and 87 percent of the remaining residents are African Americans. The gap between rich and poor in Detroit are as great as in the Philipines. Photo: Christopher Olssøn. 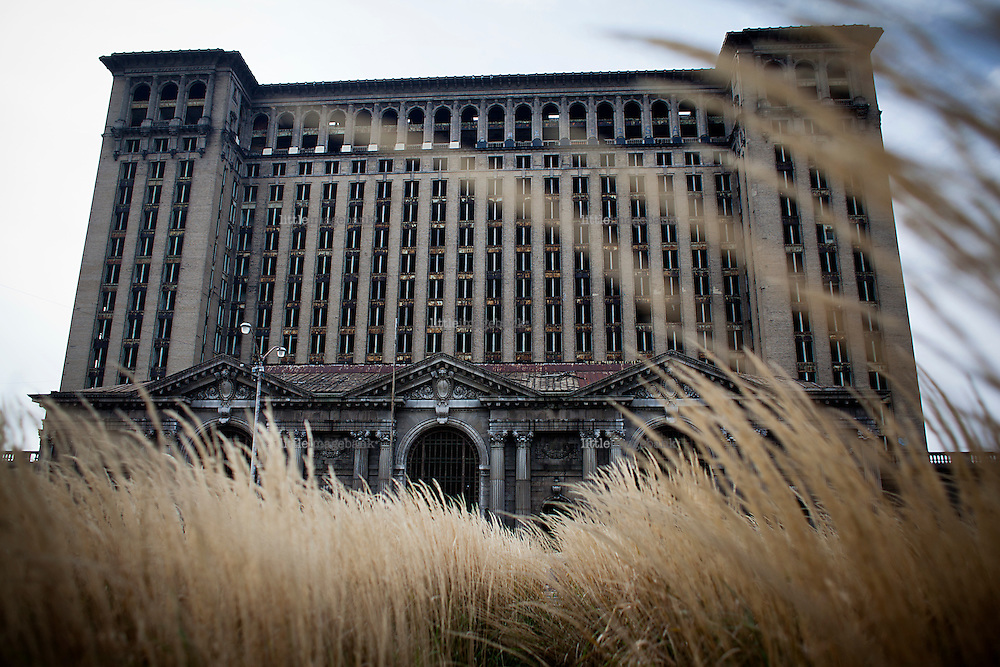