Montenegrins passes walls covered in various opinions and propaganda for the referendum. "da and "ne" (yes and no to the referendum. Montenegro, one of the last pieces remaining of the former Yugoslavia and Titos rule held a referendum for independence from Serbia on may 21st 2006. The Montenegrin independence referendum was a refe­rendum on the independence of the Republic of Montenegro from the State Union of Serbia and Montenegro that was held on 21 May 2006. The total turnout of the referendum was 86.5%. 55.5 percent voted in favour and 44.5 were against breaking the state union with Serbia. Fifty-five percent of affirmative votes were needed to dissolve the state union of Serbia and Montenegro, an option favored by the coalition government (DPS and SDP). By 23 May, preliminary referendum results were recognized by all five permanent members of the United Nations Security Council, indicating widespread international recognition of Montenegro once independence would be formally declared. Photo: Christopher Olssøn 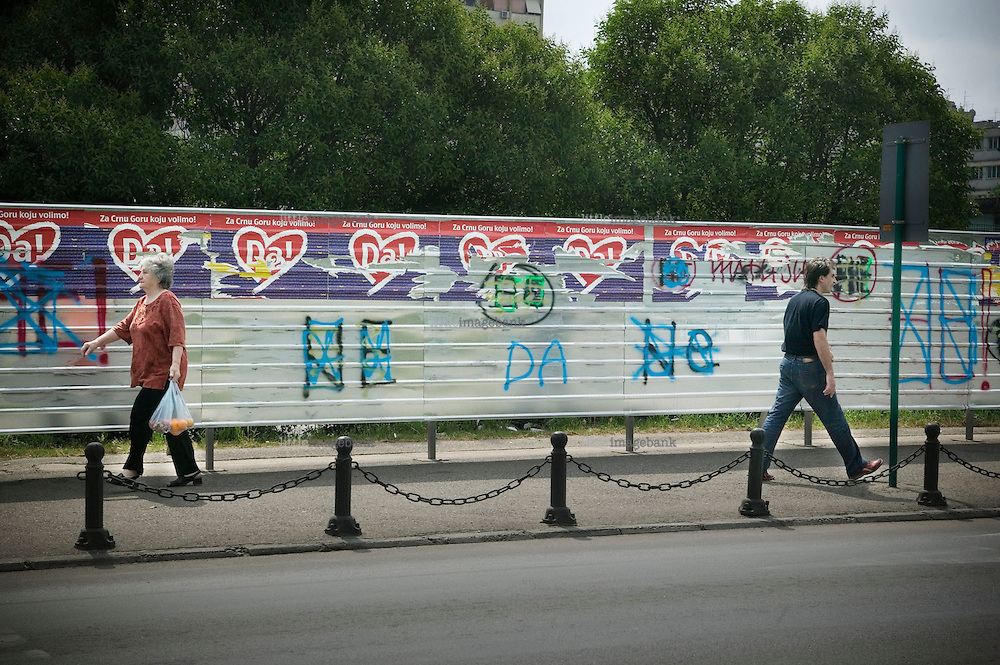