05.04.2010. Los Angeles, United States of America. Worshipers makes their way to sunday mass in the Cathedral of Our Lady of the Angels. The Cathedral serves the total archdiocese of over 4 million Catholics in LA. Los Angeles is now the most religiously diverse city in the world. While race has been the dominant American social issue in the past century, religious diversity is emerging as a great challenge of the twenty-first. With more than 600 separate faith communities under the same roof, the City of Angels is the laboratory, a microcosmos of the world mirroring possible futures. We went to Los Angeles to tap into the American quest for a new identity. Photo: Christopher Olssøn. 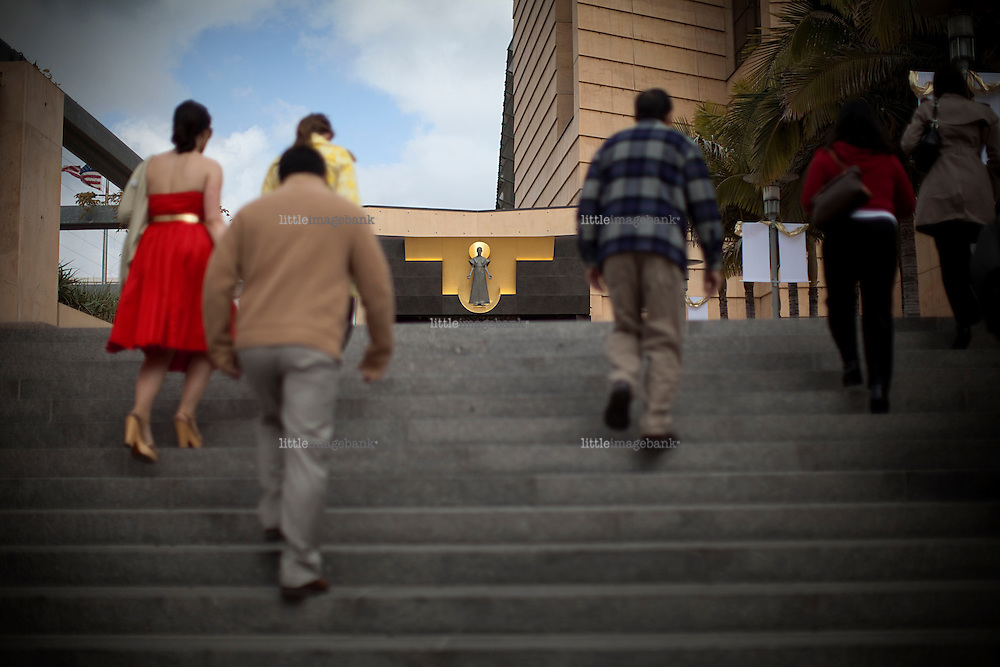