Hamar, Norway, 21.04.2011. A boy has physically logged out after a long night in front of his computer. A strong feeling of electronic radiation mixed together with the perfume of fast food and Coca Cola is the first impression that hits your mind entering the 1994 Olympic ice skating arena in Hamar. Five thousand two hundred young people are gathered here for a long weekend of eating trash and playing games. Sleeping is not given the highest priority. The Gathering (TG) is the largest computer party in the world. It is held annually in Vikingskipet Olympic Arena in Hamar, Norway. TG lasts for five consecutive days during the easter holiday. Every year the party attracts more than 5000 mostly young computer and gaming interested people that choose to go indoors in a dark and noisy atmosphere while most norwegians choose the more classic easter celebration wich consists of spending a week in the spectacular norwegian mountains skiing. Photo: Christopher Olssøn/Contrasto. 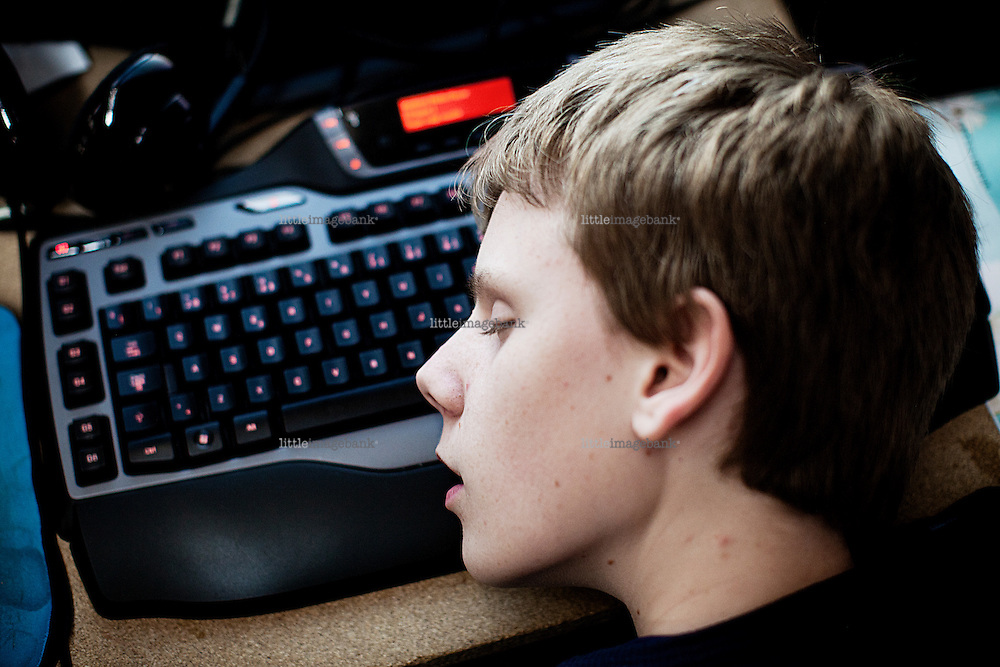