Oslo, Norway, 25.07.2011. Police forces guarding one of the five entrances to the garage at the court house. Anders B. Breivik is due to arrive at the Oslo courthouse at 13:00. The aquare around and in front of the building is packed with foreign media. Breivik arrived and left in an armored car escorted by armed police. He is to be imprisoned for eight weeks, awaiting further investigation of the massacre and bopmb attack in Oslo and Utøya. Foto: Christopher Olssøn. 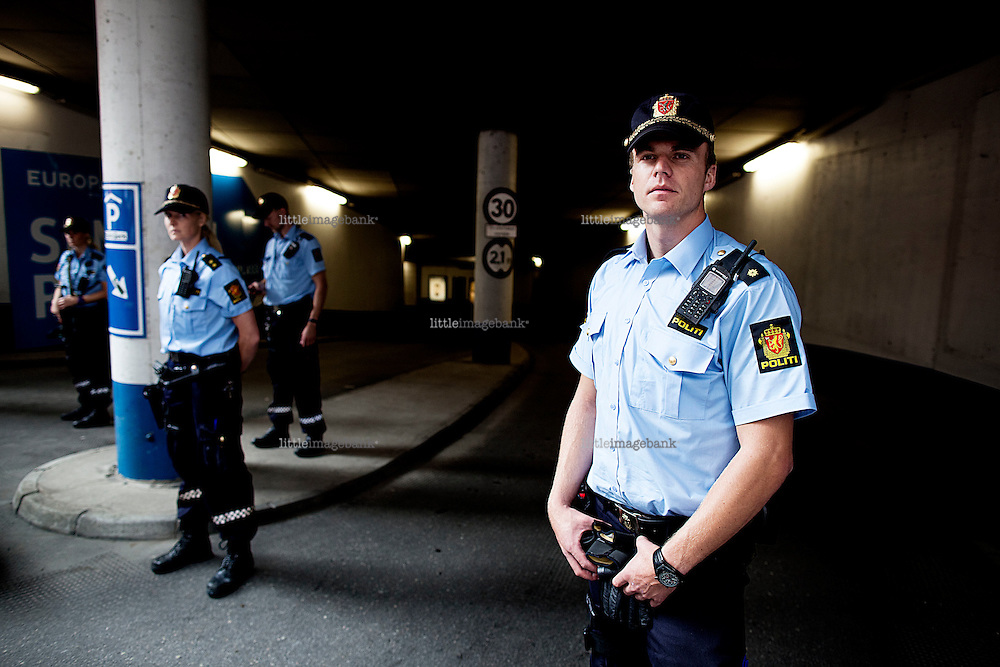