Los Angeles, United States of America, 05.04.2010. Roger Mahony Roger Michael Mahony (born February 27, 1936) is an American cardinal and retired prelate of the Roman Catholic Church who served as Archbishop of Los Angeles from 1985-2011. Before his appointment as Los Angeles archbishop, he served as Auxiliary Bishop of Fresno from 1975-1980 and as Bishop of Stockton from 1980-1985. Mahony was born in the Hollywood neighborhood of Los Angeles and raised in the city's San Fernando Valley area. He was made a cardinal in 1991, during his tenure as Los Angeles archbishop, Mahony was instrumental in dividing the archdiocese into five administrative subdivisions, and oversaw the controversial construction of the new Cathedral of Our Lady of the Angels, which opened in September 2002. He has also been an instrumental figure in the Catholic Church sexual abuse scandal. As a cardinal, Mahony voted in the 2005 papal conclave that elected Pope Benedict XVI. He reached the mandatory retirement age for bishops in 2011 and was succeeded by his coadjutor, now current Metropolitan Archbishop José Horacio Gómez on March 1, 2011. Foto: Christopher Olssøn. 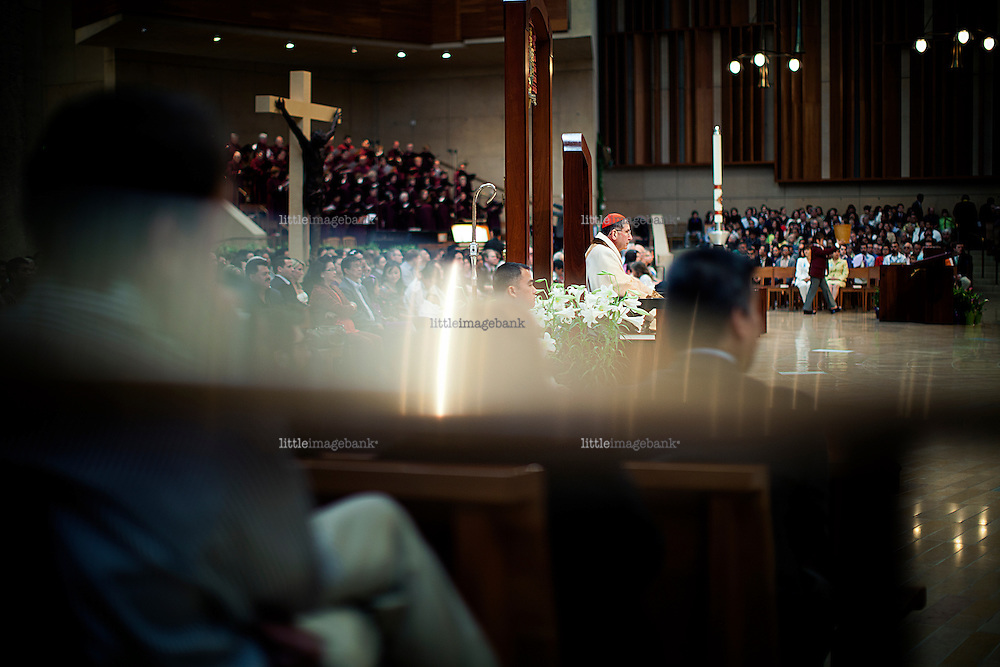