Oslo, Norway, 24.07.2011. Army soldiers are controlling identification of workiers entering the governmental area of the city. Late at night, Oslo is quiet though packed with people. They are all quiet, walking with flowers in their hands towards Domkirken, the main cathedral in Oslo. Oslo awakes to shocking messages of the total bodycount after yesterdays massacre. A total of 91 persons were killed in the massacre in Utøya right outside Oslo. Seven of those died when a car bomb was detonated outside the main government biuilding in the heart of Oslo, friday 22. of July. Foto: Christopher Olssøn. 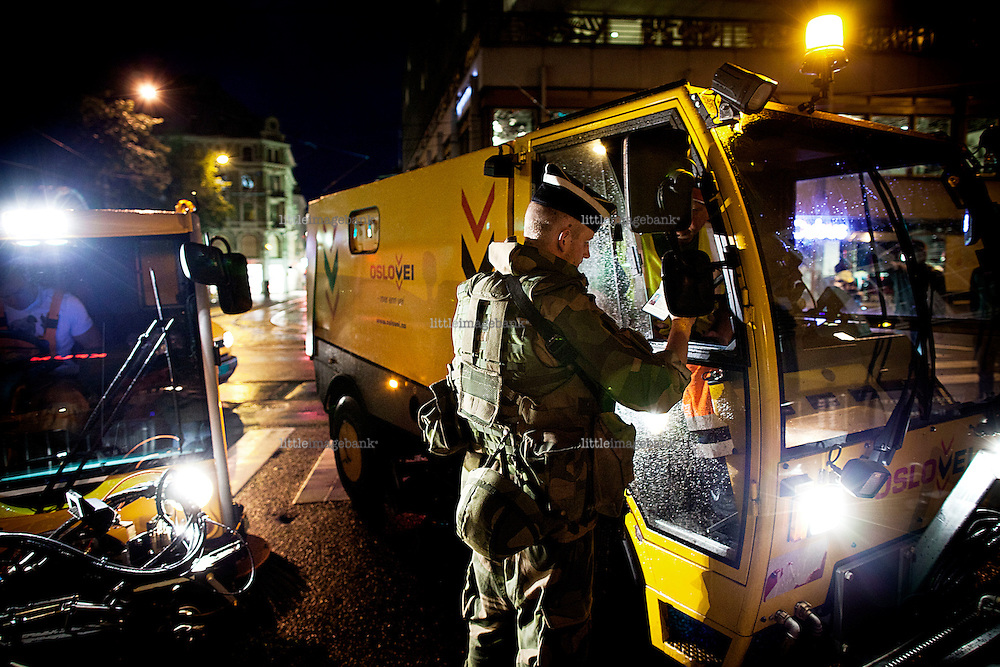