Oslo, Norway, 25.07.2011. Crown Prince Haakon and his wife Mette Marit. An initiative on facebook by a citizen of Oslo resulted after only a few hours that aproximately 200.000 citizens of Oslo met in Rådhusplassen, a square by the harbour to honour the inocent civilans massacred on friday 23. of july. The Prime minister Jens Stoltenberg, along with his coalition government as well the royal family and high profile norwegian artist performing on stage. As the summer in Norway never gets really dark, people brought roses instead of torches. Foto: Christopher Olssøn. 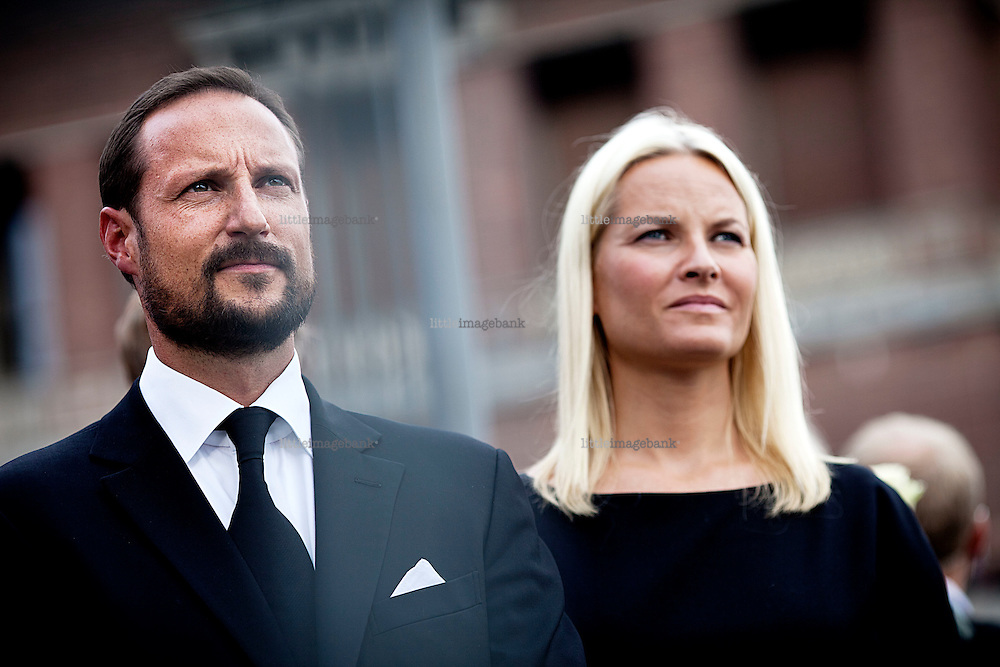